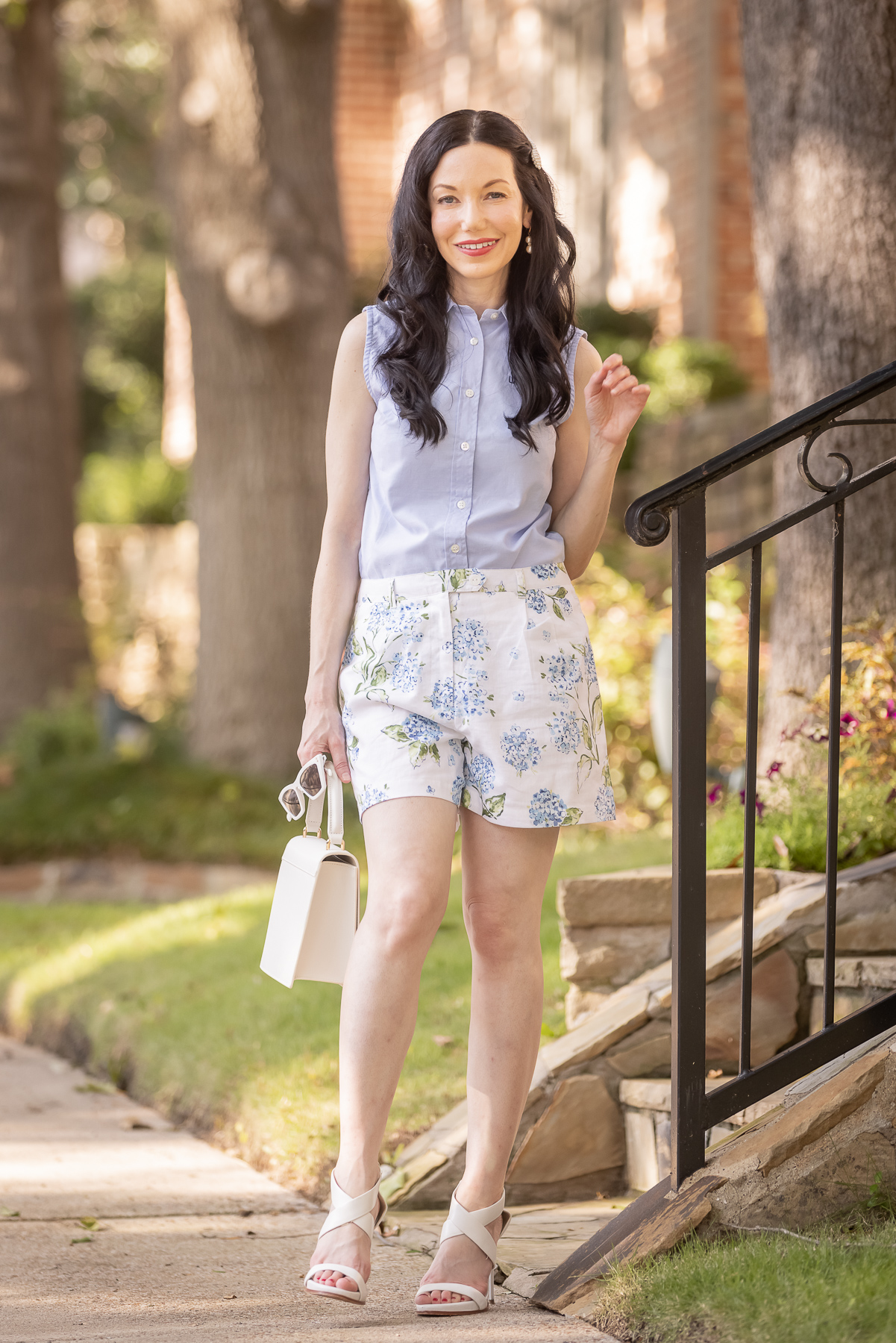 Happy Wednesday! I hope y’all have been enjoying Summer! It’s been a long, hot, messy one for us here in Dallas. We had originally planned to pack up Mr. Cupcake and head out of town for a couple of weeks, but since we’ve been knee deep in our home remodel, travelling just wasn’t in the cards for us this year. We ended up sticking it out through a good two months of daily temperatures over 100 degrees and a house full of painters, electricians, kitchen, closet and tile installers. While I have always considered Fall to be my favorite time of year, this one will be extra sweet and highly anticipated! 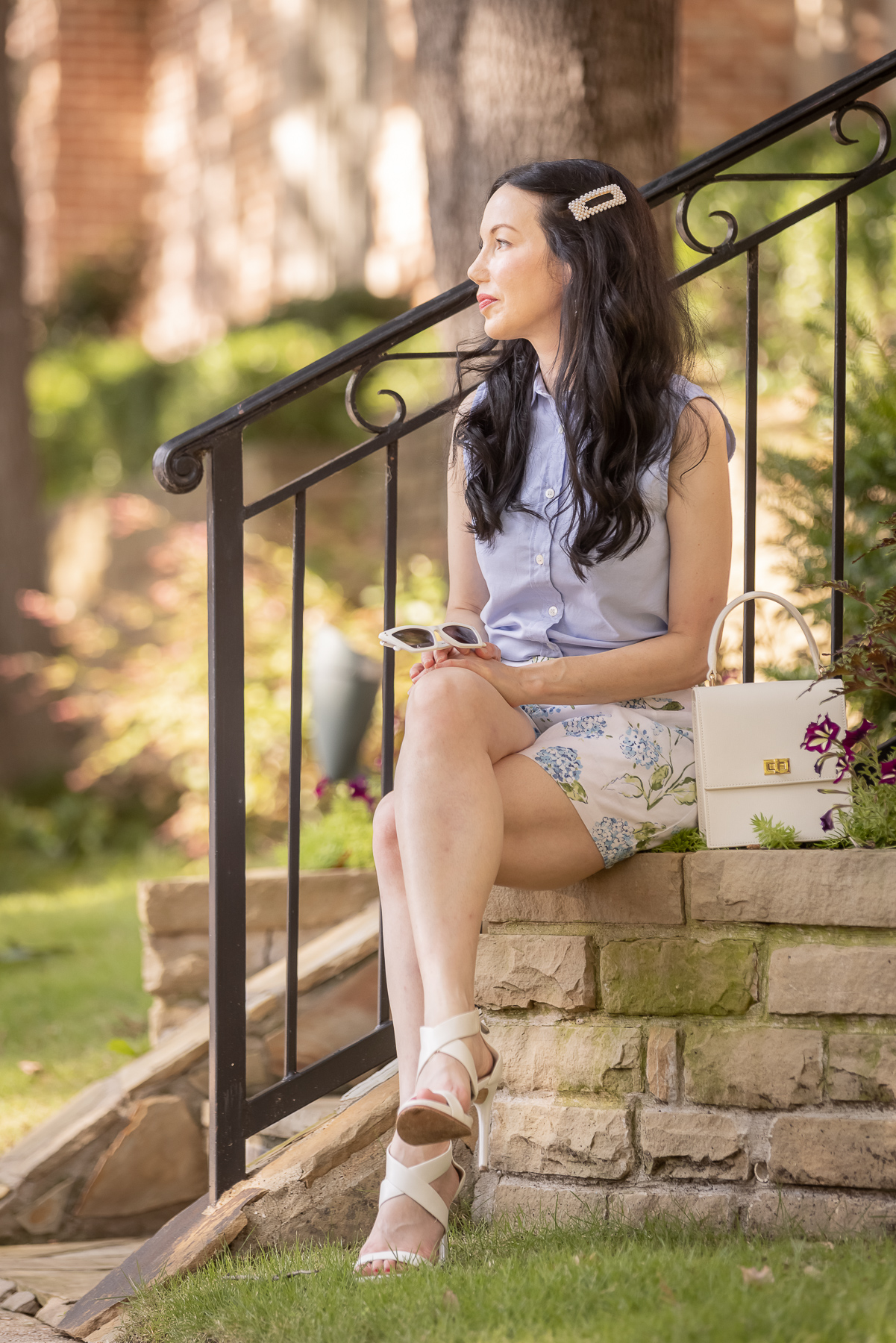 While everything has taken longer than expected and a few things have cost more than originally planned, I honestly could not be more thrilled with how our remodel is turning out! I keep pinching myself and wondering if this dream home is really mine. I’ve been using every skill I’ve learned over the years producing film and theatre, as well as the manifesting tools I’ve been learning from To Be Magnetic, in order to turn my design dreams into reality. It’s been quite a journey, with more than a few panicked moments. At times I wondered what I had gotten myself into and doubted that I had the capability of finishing the project on my own (without an interior designer and project manager).
If there’s anything all of my years as an actress taught me, it’s that “the show must go on.” I also found out that most designers will not take on a project midway. Yes, I did ask one, but then after sending her a list of remaining items that needed to be sourced and completed, I realized that I could in fact carry on and manage the job myself. We’ve already finished our foyer remodel and my master closet and are still in the middle of finishing up our kitchen, family room, powder room, living room and master bath. I’ll be posting some of our renderings, before photos and progress starting this week, so be sure to stay tuned. 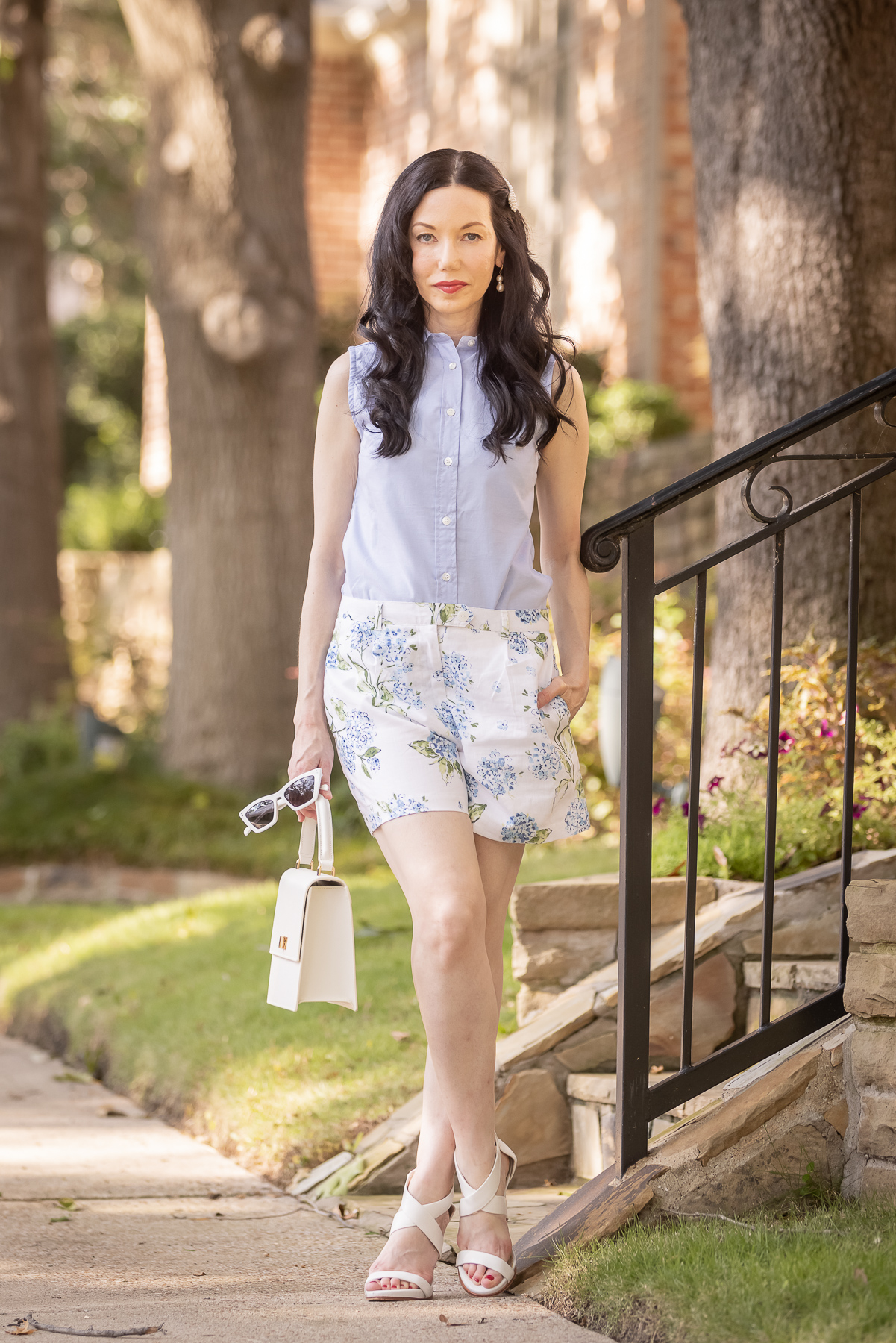 The Fash Life series has continued to make it’s way across the globe on the film festival circuit and it’s been exciting to watch how things unfold. We were recently an official selection of Cannes International Cinema Festival and this past weekend 2 of our episodes were screened in Italy at Apulia Web Fest (where we were nominated for Best Costumes and Best Makeup). While I’ve been keeping up with all of the festivals from afar, I am so excited to travel to Miami Web Fest later this month where it will be my first time attending in person for this project. It will also be my first time on a plane since purchasing a one-way ticket to Dallas in January 2021. I’m a little apprehensive to leave Cupcake and the hubby behind, but it’s definitely time to travel again. 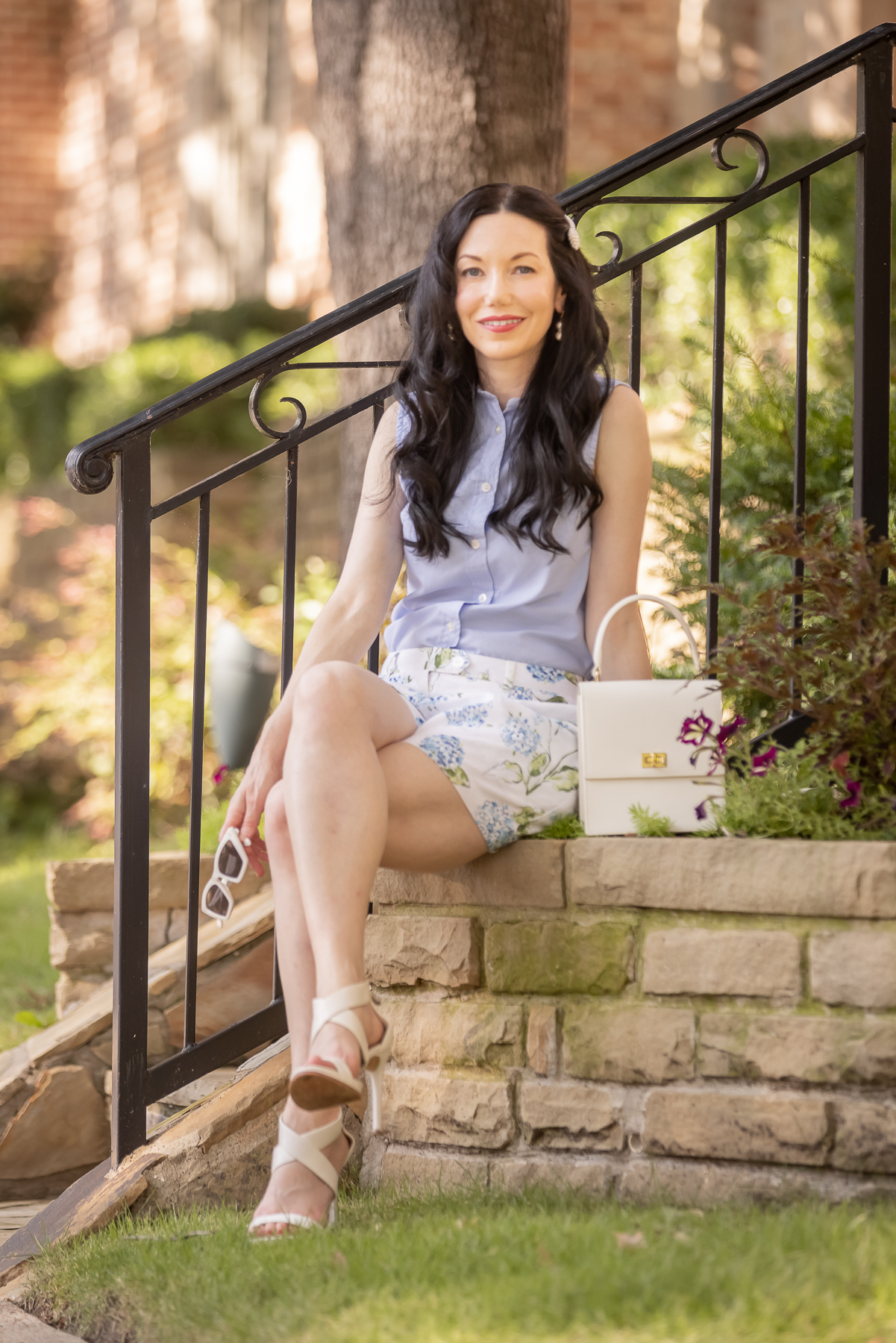 The exhausting and tedious task of packing, cleaning and unpacking, have had the positive consequence of allowing me to multi-task with Audible. I’ve gone through about 3 books a month this year and found a few gems in the bunch.
I downloaded The Freedom Transmissions: A Pathway to Peace immediately after listening to Carissa Schumacher on the Expanded Podcast. The bulk of this profound 24 hour audio book is Carissa channeling Yeshua, in teachings and meditations and I found it riveting all the way through. I will definitely be going back through the book many more times and plan to purchase a print copy in addition to the audio version.
Hollywood Ending: Harvey Weinstein and the Culture of Silence  – at over 19 hours long, I wasn’t sure how easy it would be to get through this telling story behind the infamous Harvey Weinstein. Author Ken Auletta does an impressive job at capturing both the monster and genius that is this Hollywood Mogul turned convict and I will say it ended up being quite a page turner.
The Seven Husbands of Evelyn Hugo – I absolutely loved this story by Taylor Jenkins Reid about the life of an Old Hollywood starlet and her unlikely connection a young writer. I hope this one makes it to the big screen!
The Magnolia Palace – this historical fiction novel by Fiona Davis is absolutely enchanting. The story takes place in dual time zones and follows an American artist model living in 1919 and a British fashion model, both living in New York nearly 50 years later. Both stories are connected by Helen Frick of the Frick Museum aka “The Magnolia Palace”.
Mean Baby – this autobiography by actress Selma Blair tells the story of her fabulous Hollywood career in iconic films including Cruel Intentions, Legally Blonde and Hellboy, as well as her unconventional upbringing and battles with alcoholism and MS. I’m looking forward to following up with her recent documentary Introducing Selma Blair.
Park Avenue Summer – I thoroughly adored this charming tale by Renee Rosen, about a young Midwestern woman in 1965 who heads to NYC and becomes the secretary to Helen Gurley Brown as she takes over (and saves) Cosmopolitan magazine.
Grace and Fury – I devoured this young adult novel by Tracy Banghart, along with it’s sequel Queen of Ruin. Think The Handmaid’s Tale meets The Hunger Games.
Brazen – this riveting autobiography by fashion mogul and reality TV star Julia Haart is another longer book that flew right by. Julia’s experience of leaving her ultra-orthodox Jewish community to become a luxury shoe designer, turned Creative Director of La Perla is a compelling and inspirational read.
Of Gold and Dust – As a fan of Samantha Wills jewelry line, I loved reading her autobiographical story of how she went from creating her pieces by hand in her Australian apartment to becoming a global brand.

Only Murders In the Building – This show is on my top ten all time favorites list and I’m so glad it’s been renewed for a third season. Can you ever go wrong with Martin Short and Steve Martin? Paired with the charming Selena Gomez turns this dynamic duo into a hilarious trio and a glorious cast of guests and co-stars, I couldn’t recommend this show more highly!
Motherland: Fort Salem – We binged watched the first two seasons of this show about witches that run the US Military last year. The third and final season just recently dropped and did not disappoint. I’m just sad it won’t go on for a few more.
House of the Dragon – If you’re not living on a desert island without cable, I’m guessing your likely one of the 25 million people who has already tuned into this Game of Thrones prequel. So far I am really intrigued and it’s so nostalgic to hear the theme song each week.
Mad Men – I can’t believe we didn’t watch this fabulous show about one of NYC’s top advertising firms in the 1960’s. We just finished the first season and I’m absolutely obsessed with the story line, wardrobe, talent and interiors!

Charlie Cupcake continues to be the sweetest and most loving fur baby. We have been having some issues with bedtime though… since our schedule has been so crazy with the remodel and we haven’t gotten out as much in the heat, we’ve had more than a few nights where Cupcake thinks it’s time to play chase at 1:30 am. We are working on getting on a better schedule and I am hoping to take him “back to school” this Fall. I really want to learn how to teach him more tricks and to work on our leash walking. 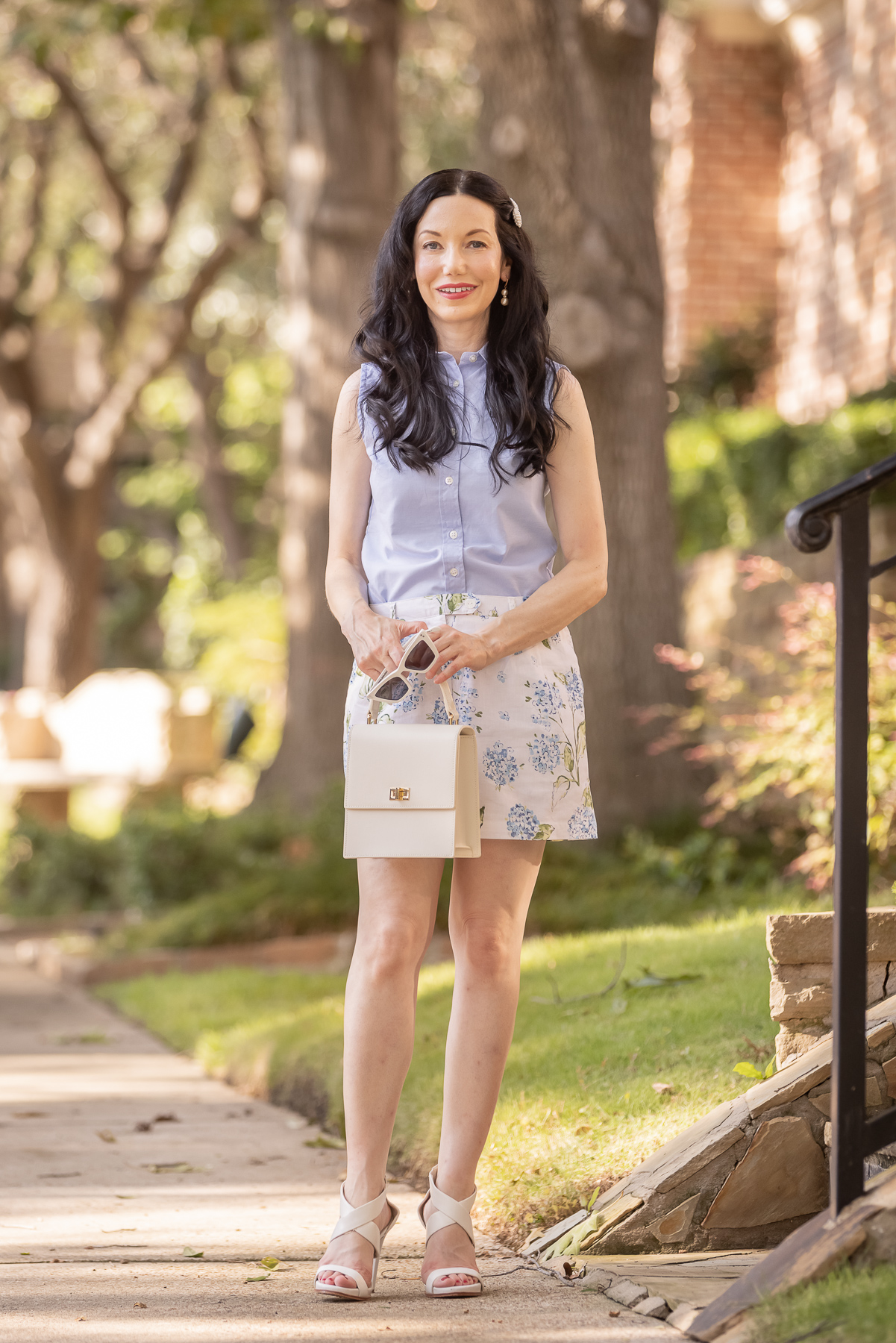 Well that about sums it up for now. Thanks so much for stopping by and please let me know what you’ve been up to lately in the comments below.
Photos by Thomas Garza.
xoxo,
Lisa
Let’s be social!